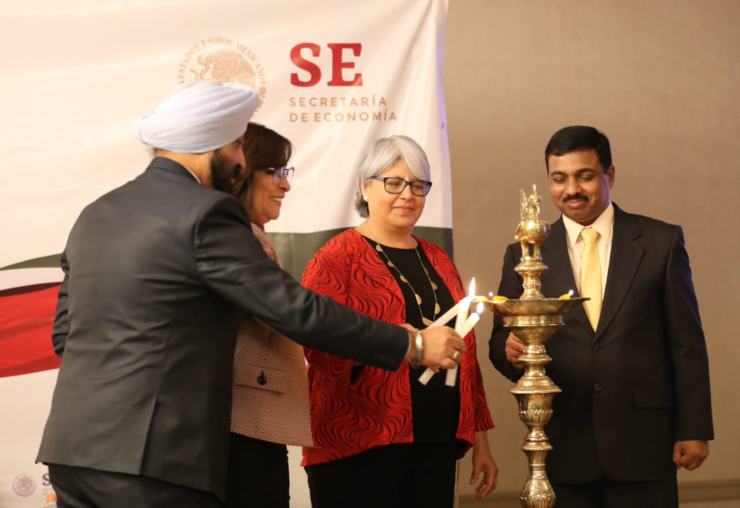 The Ambassador of India in Mexico, Muktesh Pardeshi, pointed out that between both countries there is a commitment to strengthen commercial relations and the need to promote business areas.

During the presentation of the India-Mexico Business Chamber, he said that in 2018 there were investments for 10 billion dollars between the two countries, explained that in 10 years bilateral businesses have grown 240 percent, and that only in the last three years increased 74 percent.

The diplomat explained that the investments increased from 5.9 billion dollars to 10.5 million dollars; 20 years ago the Asian nation was not among the partners of Mexico.

However, in 2018 there were sales of 1.7 billion dollars between both countries; in addition, in Mexico, India is the second offeror country in the automotive transport sector, after the United States.

Total oil exports increased 47 percent in Mexico and non-oil exports had 65 percent of growth, he said.

In turn, the president of the India-Mexico Business Chamber (IMBC), Inder Pal Singh, pointed out that the fact that the Chamber of Commerce starts activities this year with the new Mexican government is ideal, because there are many opportunities for growth.

The work done by the embassy and the investors means an excellent opportunity for companies in Mexico and India.

This website uses cookies to improve your experience. We'll assume you're ok with this, but you can opt-out if you wish. Accept Read More